Women car buyers influence 85% of of all new car or truck buying decisions. Three out of 10 women are apprehensive about their car dealership visit when buying a car.  In fact, 20% feel overwhelmed.  Top rated dealerships get the critical importance of establishing trust with their female clients the moment they walk onto the showroom floor or reach out digitally.  If rapport and respect can’t be established, she will purchase a vehicle elsewhere.

Here are the top 20 brands based on the current Women Satisfaction Index (WSI) from January through June 2014.  Mercedes-Benz is a top of the list with a near perfect score.

Mercedes-Benz recaptures the luxury crown in 2013

The New Year brought great news to the Mercedes-Benz brand… For the first time since 1999, Mercedes-Benz USA became the #1 selling luxury automotive brand in the United States! Finishing 2013 with a record 312,534 new Mercedes-Benz vehicle sales and 98,981 Certified Pre-Owned sales.  MBUSA beat BMW in both categories.  Additionally, the annual growth of of 14% exceeded all of the direct competition including Audi, BMW and Lexus.  Comparing the numbers to 2009, MBUSA sold an additional 122,000 vehicles. END_OF_DOCUMENT_TOKEN_TO_BE_REPLACED 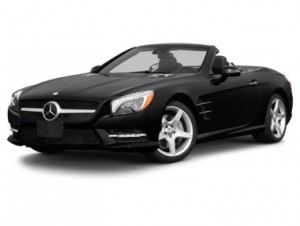 JD Power recently released their 2013 Automotive Performance, Execution and Layout (APEAL) Study which examines what consumers like about their new vehicles after 90 days of ownership.  The APEAL study is based on eight categories of vehicle performance and design: engine/transmission; ride, handling and braking; comfort/convenience; seats; cockpit/instrument panel; heating, ventilation and cooling; sound system; and styling/exterior.

We know that women account for over 50% of all car purchases and initiate or influence up to 80% of them.  Each year, Women-Drivers.com tracks thousands of consumer reviews with regards to women’s purchasing and browsing experiences at new car dealerships.  These scores are compiled from thousands of reviews written in the 2012 calendar year. END_OF_DOCUMENT_TOKEN_TO_BE_REPLACED

To determine crashworthiness — how well a vehicle protects its occupants in a crash — the Institute rates vehicles good, acceptable, marginal, or poor based on performance in high-speed front and side crash tests, a rollover test, plus evaluations of seat/head restraints for protection against neck injuries in rear impacts. To earn TOP SAFETY PICK for 2012 a vehicle must have good ratings in all four Institute tests.

For a copy of the complete press release, including 2012 Pied Piper PSI auto brand rankings, or for more information about the Pied Piper Prospect Satisfaction Index, and the patent-pending PSI process, go to https://www.piedpiperpsi.com/press/

Total Car Score’s list of the Top 10 Best Car Brands for 2012 is based on numerical ratings for 2012 model year vehicles currently on the market. The list provides a data-driven assessment of which automakers are producing the most desirable, highest quality cars, crossovers, SUVs and pickup trucks. END_OF_DOCUMENT_TOKEN_TO_BE_REPLACED