Mercedes-Benz holds over 85,000 patents for the automobile most of which are safety related.  Through the introduction of these numerous pioneering safety solutions and technologies, Mercedes-Benz continues to define new standards for vehicle safety.  One of the latest to be introduced is Collision Prevention Assist Plus or CPA+ for short.  A part of the larger Intelligent Drive System, CPA+ adds autonomous braking to the current Collision Prevention Assist System. 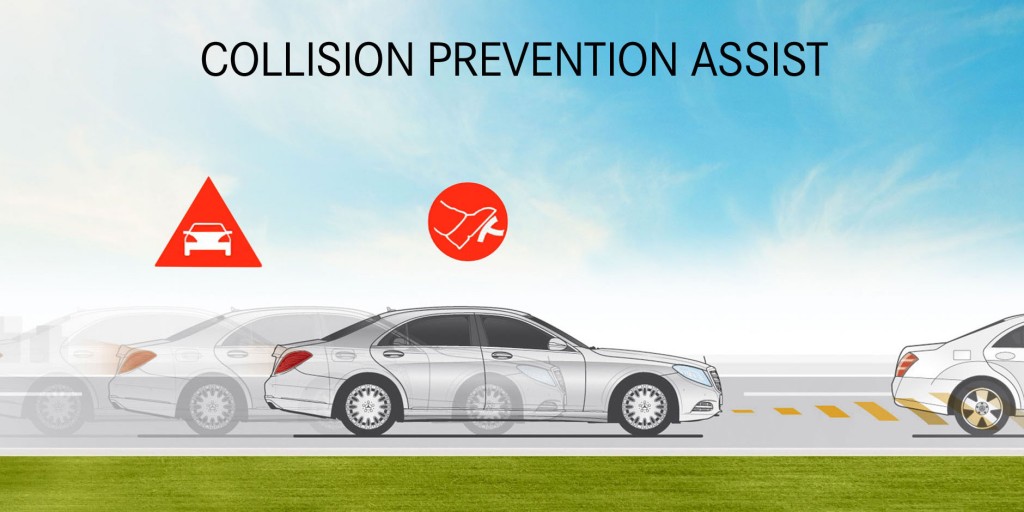 END_OF_DOCUMENT_TOKEN_TO_BE_REPLACED

Women car buyers influence 85% of of all new car or truck buying decisions. Three out of 10 women are apprehensive about their car dealership visit when buying a car.  In fact, 20% feel overwhelmed.  Top rated dealerships get the critical importance of establishing trust with their female clients the moment they walk onto the showroom floor or reach out digitally.  If rapport and respect can’t be established, she will purchase a vehicle elsewhere.

Here are the top 20 brands based on the current Women Satisfaction Index (WSI) from January through June 2014.  Mercedes-Benz is a top of the list with a near perfect score.

Mercedes-Benz introduced Rescue Assist in 2014, a first of it’s kind safety advancement to help save lives.  Starting on all vehicles produced from November 1, 2013 and can be retrofitted to vehicles dating back to 1990 (Please see your local dealer for details).  Mercedes-Benz installs a QR code inside the gas flap that first responders can scan to let them know battery location, airbags and other structural elements in the event of an emergency.  See the video below for more information.

Mercedes-Benz continues it’s roll into May with Mercedes-Benz USA posting it’s fifth record sales month of 2014 with 26,617 vehicles sold.  MBUSA reports sales up 6.5% over last years record year.  Additionally, Sprinter and smart are both having a great year with Sprinter up 23.5% and smart up 8% over last year.  All-in-all MBUSA is reporting 138,374 total vehicles sold for 2014.

Top sellers in May continue to be the C, E, M-Class vehicles.  The all new S-Class is still out selling it’s BMW, Audi and Lexus counter parts combined as reported by Motortrend in May.

There are still a lot of vehicles yet to make their debut this year for MBUSA including the GLA, S-Coupe, B-Class and the redesigned C-Class.  We are looking forward to late summer early fall when these vehicles will become available. 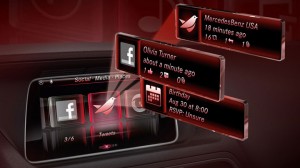 Your iPhone connects you to your world. Now you can stay connected on the road. The iPhone Drive Kit Plus allows you to easily enjoy your favorite features of the iPhone from the comfort of your Mercedes-Benz. It seamlessly integrates a variety of social, navigation and media apps, including Facebook, Twitter® and Google Places™, along with Internet radio and AUPEO!™ Personal Radio, with the multimedia system and controls in your car, and the powerful voice control of Siri™.  MSRP $599

March sales for the Mercedes-Benz brand were led by the C, E and M-Class models with the E-Class taking the top spot.  The redesigned Sprinter lineup was also up %25.2 over March 2013.

In addition to new car sales Mercedes-Benz Certified Pre-Owned sales were also up %12.5 over March 2013 and up %15.1 for the year to date.

On a side note, BMW closed the gap Mercedes-Benz had for the “Luxury Crown” with a solid March performance.

With Daylight Savings fast approaching, we wanted to remind you how to set the date and time in your Mercedes-Benz. It’s just one of many helpful videos Mercedes-Benz has created for your convenience.